Rugers mostly
Joined 2 mo ago
·
8 Posts
Neighbor had two of these that were given to himself and his brother when they were growing up by their dad. They were dug out and finally saw the light of day after years of storage, and he tried cleaning the "worst one" with no care. The safety was rusted & corroded, and he resorted to "tapping" it with a hammer. He came to me for a little advice, and I offered to clean it up as best I could without too much trouble.

Wound up drifting the pins out & removing the safety block and trigger which were really gummed up and slightly rusty inside. The spring and detent ball for the safety block were damaged with the "tapping", but it's other wise in decent shape.
Back in working order, he was happy, or so he says his brother was happy because "that one" was his brothers.
Brother doesn't shoot anymore, has mobility issues, yada, yada, yada....
"Does he want to sell it?"
I bought it. Very sweet deal.
This one does have a serial number on it, so it's post Gun Control Act of 1968.
It's not marked with "Garcia" anywhere on it, Garcia Sporting Goods did buy out/take over the distribution of these in the early 70's. But I have seen old advertisements for them originally selling for $19.99 in the 60's.
It does have the "Firearms International Corp , Washington DC" on the rib of the buttstock.

After cleaning & repairing that one, I started to research these things and found lots of missing history, or hearsay about them. Read somewhere that they were made by FN in Belgium, or Beretta in Italy, or another company in Spain. Another blog said that they were made right here in the States. However, "Firearms International Corp , Washington DC" was an importer started in the 1960's I read.
They also made a takedown version of this rifle, and a 22/410 combo rifle.

So, the questions I have for all of you out there,
Does anyone have a box or manual for one of these with possibly a "Made in ???" written in it?
Anybody have a good story about one? 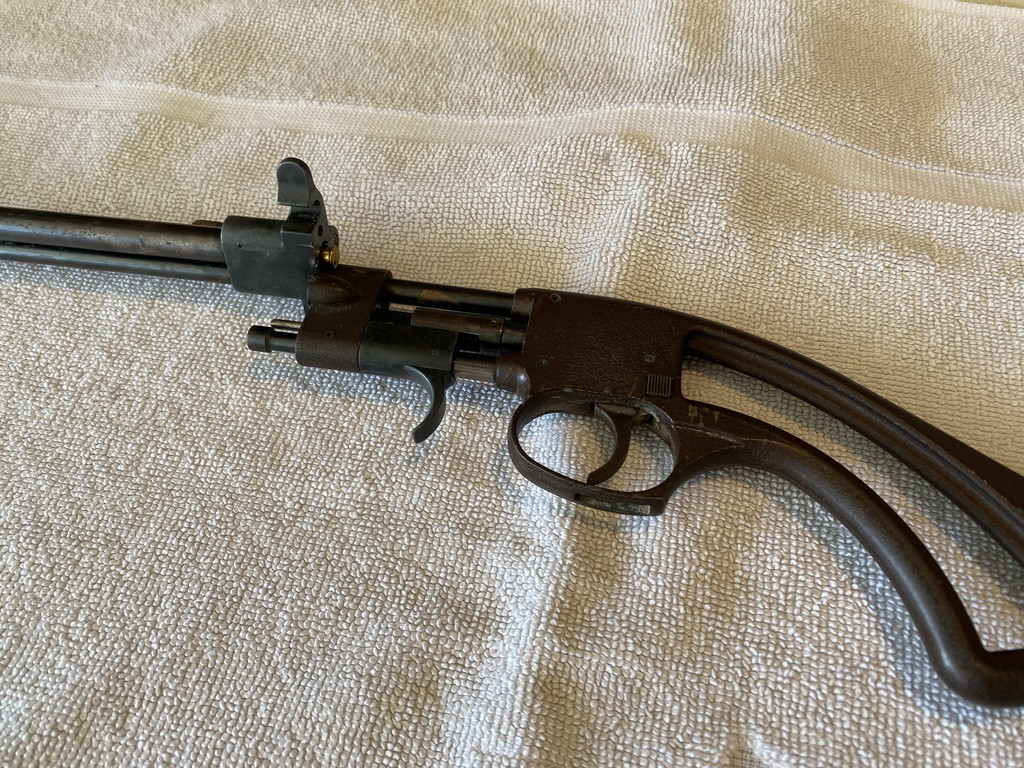 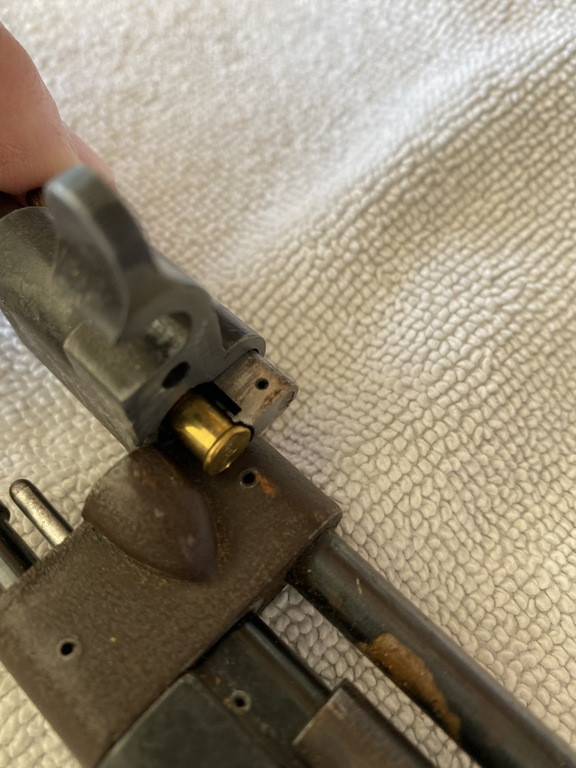 Any help would help satisfy the curiosity of this new Bronco owner.

Joined May 10, 2004
·
4,602 Posts
Copied from a Hamilton Model 7 that was made at the turn of the last century. Abu Garcia was the main manufacturer, but there were licensed copies made in other countries.

Joined 9 mo ago
·
644 Posts
Back in the late 70's I bought the .410/.22 for my wife. She has been on crutches with an amputated leg from a Harley wreck in the mid '60s before I knew her. I thought it would be handy with that skeleton stock which she could grab and still use her crutches. I told her if a dog ever got one of the girls down, just use that and shoot the dog in the back of the spine away from the head and the child.

That .410 isn't much good on squirrels. I tried it once and it really threw too open of a pattern to reach up high into the trees, but up closer it wouldn't be too bad. Still have a box of .410 slugs for it. I had the grandkids out shooting it years ago and it works fine. Pretty simple mechanism and I didn't pay much for it new back then. Just sits in the closet lately after spending years in the rafters, stored away.

There is probably an old manual down on the work bench iirr. I'm pretty sure it is a Garcia but not sure if it was imported or made here.

Bill DeShivs said:
The Broncos were made in the US in the 1970s.
Click to expand...

Thank you so much, that's what I was looking for.

It has been fired recently (by him, not me) and he said "it worked".
Since I have so much invested in this little skeleton (let's just say, his Dad doubled his money on the deal) I will wait for a good day at the range and maybe pop off a couple of shorts in it, then work up to a Long Rifle or two if I feel brave.
I would like to know if it hits a target at 25 yards, or I just put two Andrew Jackson's in the safe until somebody has to have it.
1 - 7 of 7 Posts
Join the discussion
Continue with Facebook
Continue with Google
or sign up with email
About this Discussion
6 Replies
6 Participants
Last post:
campfire 5 d ago
The Firearms Forum
A forum community dedicated to all firearm owners and enthusiasts. Come join the discussion about optics, hunting, gunsmithing, styles, reviews, accessories, classifieds, and more!
Full Forum Listing
Explore Our Forums
The Ask the Pros & What's It Worth? Forum The Ammo & Reloading Forum Technical Questions & Information .22-Rimfire Forum Centerfire Pistols & Revolvers
Recommended Communities